"My Story - a series of gambles" 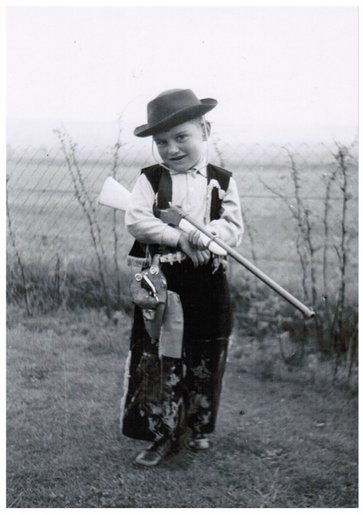 If you are thinking about  asking someone to help you out with your business then you'll want to know a bit about them and be sure that, if you do work together, they can add value. So, with that in mind, here's what I've been up to for the past few decades...

I was born and bred in Lincoln and managed to scrape through the 11+ exam to get a place at Lincoln Grammar School.

From there I spent 3 years studying Business and Marketing at Nottingham Trent before finding myself back home in Lincoln, working as an Advertising Executive at the Lincolnshire Standard Group (LSG) where I was given responsibility for the agricultural section (we grow a lot of stuff in Lincolnshire).

I still remember the excitement of selling my very first ever advertisement -  a small, 6cm x 4 column space for Beacon Pig Breeders!

That first position was my introduction to the world of copywriting, design and producing promotions that worked, rather than just looked nice. It was also an introduction to launching new products, with a number of seasonal supplements added very quickly.

The partner of a colleague at the newspaper landed the position of MD at a very old engineering company, Charles Wicksteed & Co, in Kettering. As well as manufacturing machine tools, the company produced a large range of pretty old fashioned playground equipment. The company had a long heritage - Charles Wicksteed had given land to the people of the town which became Wicksteed Park, a leisure attraction that is still going strong today.

If you ever went to the local park as a child, (which, I guess, is everyone), then it's very likely that you will have sat on the large red rocking horse that was one of Wicksteed's iconic pieces of equipment. Also, the word ‘Wicksteed’ was incorporated into every step of every slide you climbed up too.

I moved from Lincolnshire to Northamptonshire in the early 80’s to set up the very first marketing department for Wicksteeds. 'Marketing' was almost a dirty word with the very senior management team who had been in the company for decades and so it was a tough introduction to the business and I had to work hard to prove myself.

For two years it was great fun. We launched a series of new products and introduced ground-breaking wooden play products and safety surfaces. I also  selected and worked with a Carnaby Street advertising agency, run by two very experienced, very creative and very extravert guys who had worked on some of the biggest, best-known and most successful advertising campaigns of the 70's. They taught me an awful lot about how to use the right images and the words and phrases to grab attention.

An industry career  gets underway...

From playground equipment I moved to the other end of the age spectrum and a 35+ year career in the mobility, homecare and assistive technology industry was underway. I spent 6 very busy years with Everest & Jennings (E&J), another company with a real heritage – Mr Jennings had produced the first-ever metal wheelchair for his friend Mr Everest and, in the process started a business that would become the global brand leader for many years, employing thousands around the world.

Similar to my experience with playground equipment, I joined as the company was going through very rapid transformation and development, with new mobility products being launched at a fast and furious pace.

During that time I was involved in the launch of one of the first ‘best-selling’ mobility scooters (The Runaround) along with a number of other scooters, powerchairs and other mobility products. The company grew very quickly during that time, so much so that we had to move premises to a building twice the size.

It was also a time when the marketplace was changing dramatically too as product awareness grew. The number of retailers increased significantly too. When I arrived at E&J, we were selling through just 35 ‘dealers’, which was probably 80% of all the businesses selling products at that time.

In the early 1990's an American, Vic Henny, had a vision which would change the retail landscape in the marketplace for ever. Vic wanted to see a 'proper' retail outlet with every product imaginable and lots of space to sell them from. He was collecting a group of people together, forming a management team to launch and run his baby and I was asked whether I would be interested in heading up the marketing for the new venture. It was very different, very exciting and very risky!

Leaving E&J for such a new enterprise was a real gamble, but it was too hard to resist.

Keep Able was many years ahead of its time. It also needed substantial funding and I was part of a team that presented the concept to a number of Venture Capital companies. We opened a 10,000 sq ft retail store in Brentford (not cheap!) and a head office and catalogue operation in the Midlands with a £1 million initial investment. The stores were ground-breaking and the market took notice.

Keep Able quickly became a market leader and one of the best-known names in the industry.  Another 10,000 sq ft retail outlet was added in Birmingham. Later, the company brought in both the Shoprider scooter and Pride Riser Chair ranges into the UK for the first time, distributing through a large network of other retailers. The fast-moving and dynamic business was a fantastic learning platform and a number of employees went on to launch their own businesses after the experience.

The second gamble - a car park chat changes my life...

I left it a couple of weeks (I didn't want to look too desperate) before calling him to find out more. It turned out that it was a 'gang of four' retailers who had been discussing how to improve their marketing. They all knew that they needed help, but didn't feel that they could afford someone full time. One of them suggested that maybe they could share someone - me!

The group were based in Watford, Leicester, Sheffield and Wallasey. After a series of meetings, I decided, with their considerable support, to go it alone and set up a business. I launched a marketing consultancy – Marketing Matters.

For two years I worked with the four companies that had given me the opportunity to go it alone before forming a network of retailers, Mobility Matters, which ran for many years and provided very cost-effective enquiries and promotional ideas to around 30 businesses.

During that time I created a new advertising campaign which generated enquiries at a fraction of the cost that other companies were paying. It was based on very simple, but very powerful copywriting principles that I still use all the time. You can see more about that in the 'Good Stuff' section.

The first foray into the world of publishing... 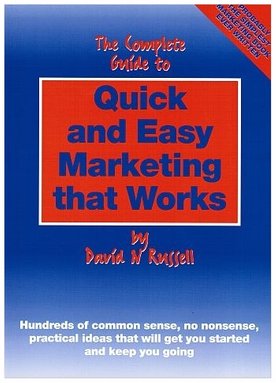 Just as Marketing Matters was being launched, I self-published a very simple marketing book for small businesses – 'The complete guide to quick and easy marketing that really works'. I had been writing it on my old Amstrad computer, with the aid of a few gin and tonics, over a period of about a year, mainly at weekends.

It was written in a very simple, matter of fact way - just like most of the things I write. People seemed to like it and the first print run sold out quickly.

You can probably still buy it online, all these years later. If you do, then please ignore the photo on the back, it was a very long time ago!

Pre-Internet, it led to a number of opportunities including training and presenting seminars on different marketing topics, including running marketing workshops at company conferences.

In the end over 7,000 books were sold and many of those were through Office World, where it became one of their best selling titles.

By this time, I had visited the USA trade show, Medtrade, a number of times and became the first person from the UK to present seminars at the show, promoting the book of course! During my frequent visits to the event, I came across a couple of magazines that were becoming established in the US marketplace and wondered whether our industry was large enough to sustain something similar.

Not really sure whether there was a need or a desire for a trade magazine, in 1999 THIIS (The Homecare Industry Information Service) was launched as a subscription newsletter.  The first issue was just 12 pages, with no images and was an awful long way from what it is these days. But, it seemed that both retailers and suppliers liked the idea of getting news and views regularly and readership grew every month for a number of years until the majority of the industry was using it to keep up to date.

More pages were added, photo's were included, companies asked to be able to advertise and somehow, along the way, it became a ‘proper’ monthly magazine. Over the years it has played a part in helping people to find new roles, launching new companies, new products and new services, generating business for suppliers and the vehicle that people have used to buy and sell businesses too.

Before I handed the editorial baton on, I had produced 220 issues, written millions of words, conducted hundreds of interviews and produced many, many articles.

In 2012 THIIS Magazine and website became part of BHTA Engage, the new commercial arm of the British Healthcare Trades Association.

Another gamble and it's showtime...

One of the ideas that was in my head for many years was the Trade Days concept. Way back in the 80's, when I was with Everest & Jennings, I was given the opportunity to visit Medtrade, the US trade to trade event. When I walked through the doors for the first time I was just blown away. I loved the atmosphere, the focus on doing business and the fact that everyone you met was in business, just like yourself. I just loved it.

On that first visit, the E&J team had a target to write $1 million of business during the show.  They did that with a day to spare! I found the trade-only concept incredibly powerful and the idea for a UK version of the show kept on buzzing around in my head for quite a few years. Each time I visited Medtrade, I always came away wanting to do something to help create a trade only event here in the UK.

Then, a few years ago, people started talking about how good it would be if something like that was launched in the UK. Both retailers and suppliers were saying the same things to me, time and time again.

In 2012, things started happening. A chance meeting over a coffee with a Director from CloserStill Media, the organisers of The Pharmacy Show, The OT Show and many more successful events, started the process that would result in the launch of Trade Days in 2014.

After a pretty busy 35 or so years, I'm on the look-out for the next interesting project. If you are ambitious, creative and would like some advice, ideas or support, then I look forward to hearing from you and maybe working with you. 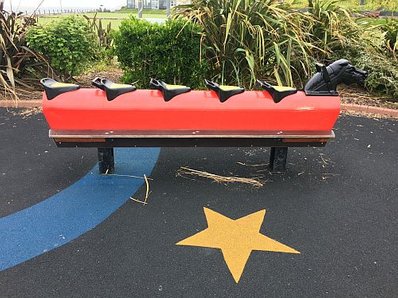 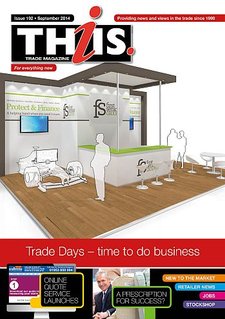 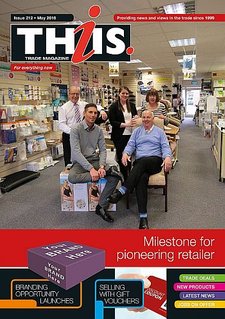 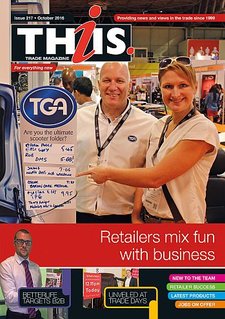 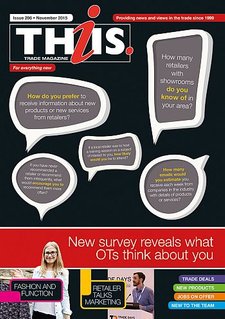 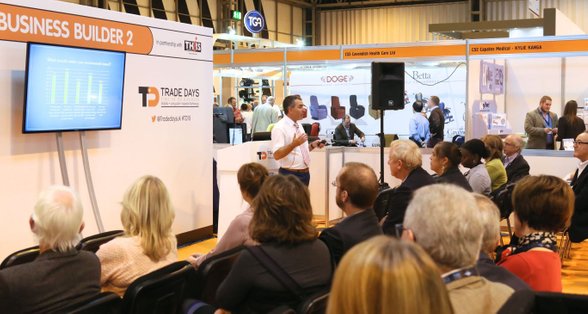 Take a look at the Just Saying Blog

Why not say hello...

Over 35 years of experience

when you need it